ODROID-C4 is a new generation single board computer that is more energy efficient and faster performing than ODROID-C2 which was introduced over four years ago as the world’s first affordable ARM 64bit computer.

The main CPU of the ODROID-C4 is built with a quad-core Cortex-A55 cluster with a new generation Mali-G31 GPU. The A55 cores run at 2.0Ghz without thermal throttling using the stock heat sink allowing a robust and quiet computer. The CPU multi-core performance is around 40% faster, and the system DRAM performance is 50% faster than the ODROID-C2.

The Mali-G31 runs at 650MHz and is ~50% faster than Mali-450MP in ODROID-C2. The Mali-G31 is the first generation Bifrost-based mainstream GPU from Arm.

GPU performance was measured with the glmark2-es2 “–off-screen” option.

Why does DDR4 matter? ODROID-C4 DDR4 RAM runs at 1320Mhz. The memory bandwidth is 1.6 times higher than ODROID-C2. 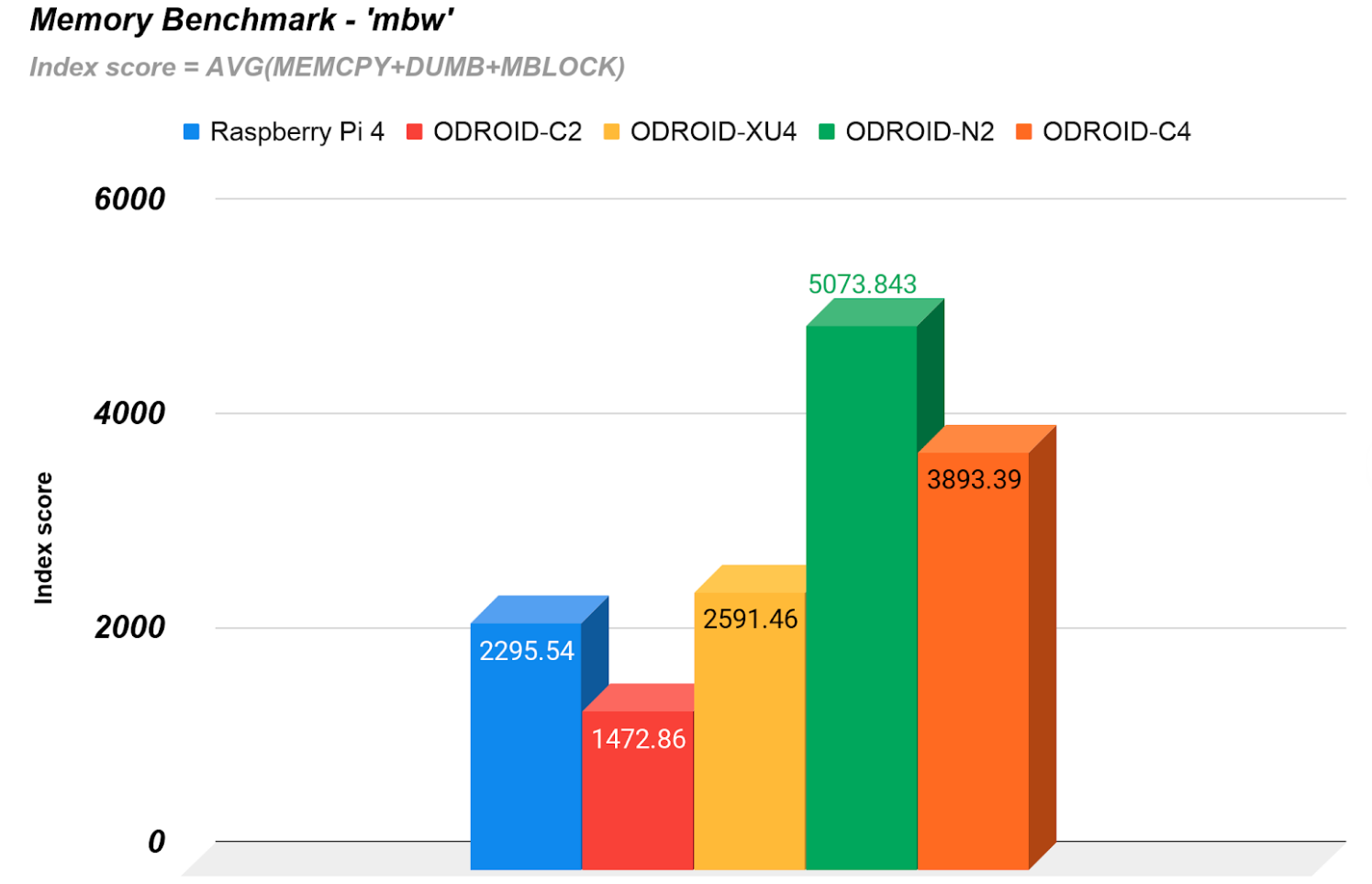 Some ODROID users may recall the lower than expected clock speed with ODROID-C2’s S905.

We ran a test to confirm the ratio between CPU clock frequency and performance with ODROID-C4.

To check thermal throttling, we ran some heavy CPU and GPU loads together on the SoC and monitored the temperature. We ran the test within a chamber that maintains the ambient temperature at 25°C.

Note that the current thermal throttling point is set at 75°C in the Kernel configuration. 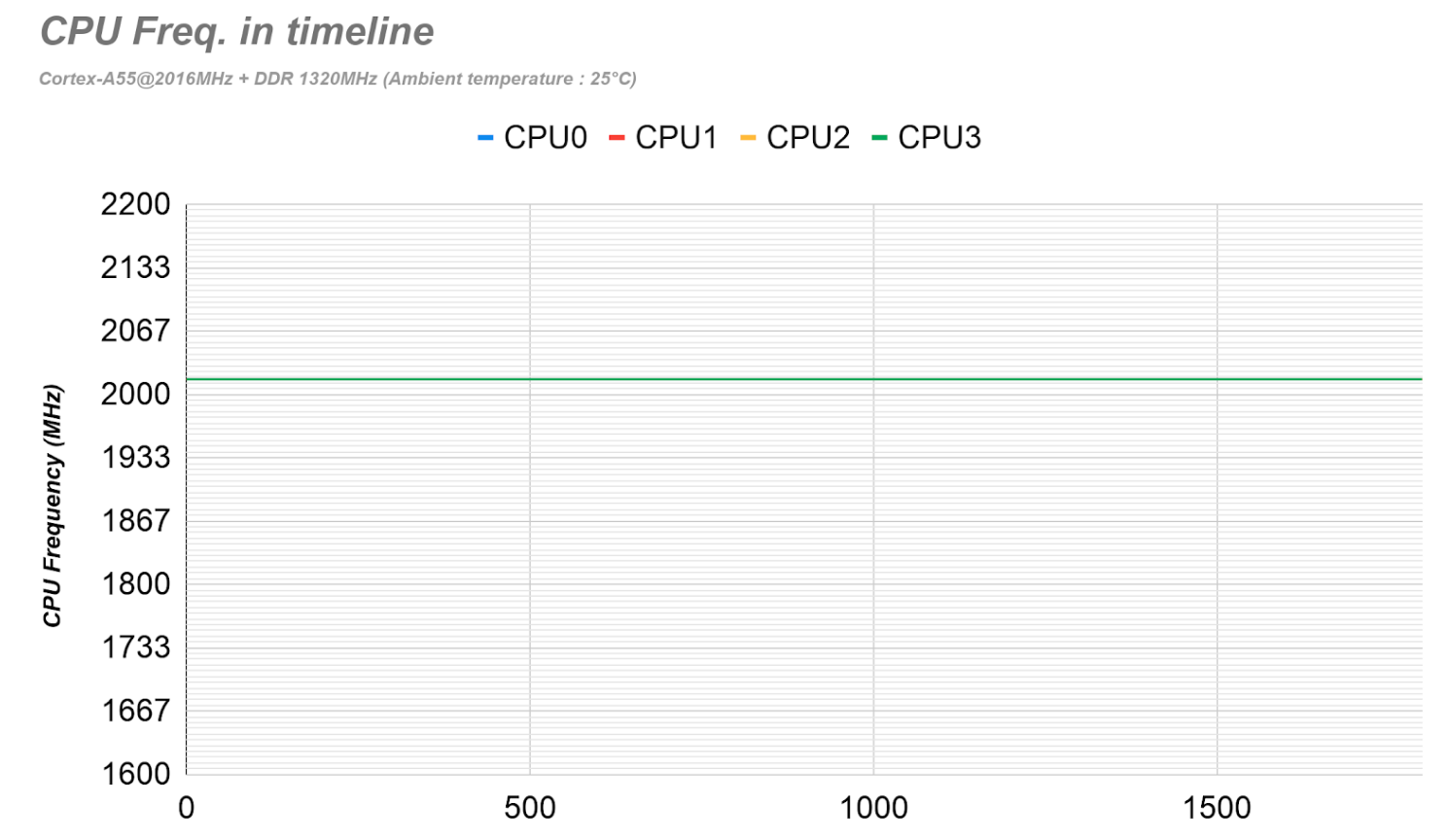 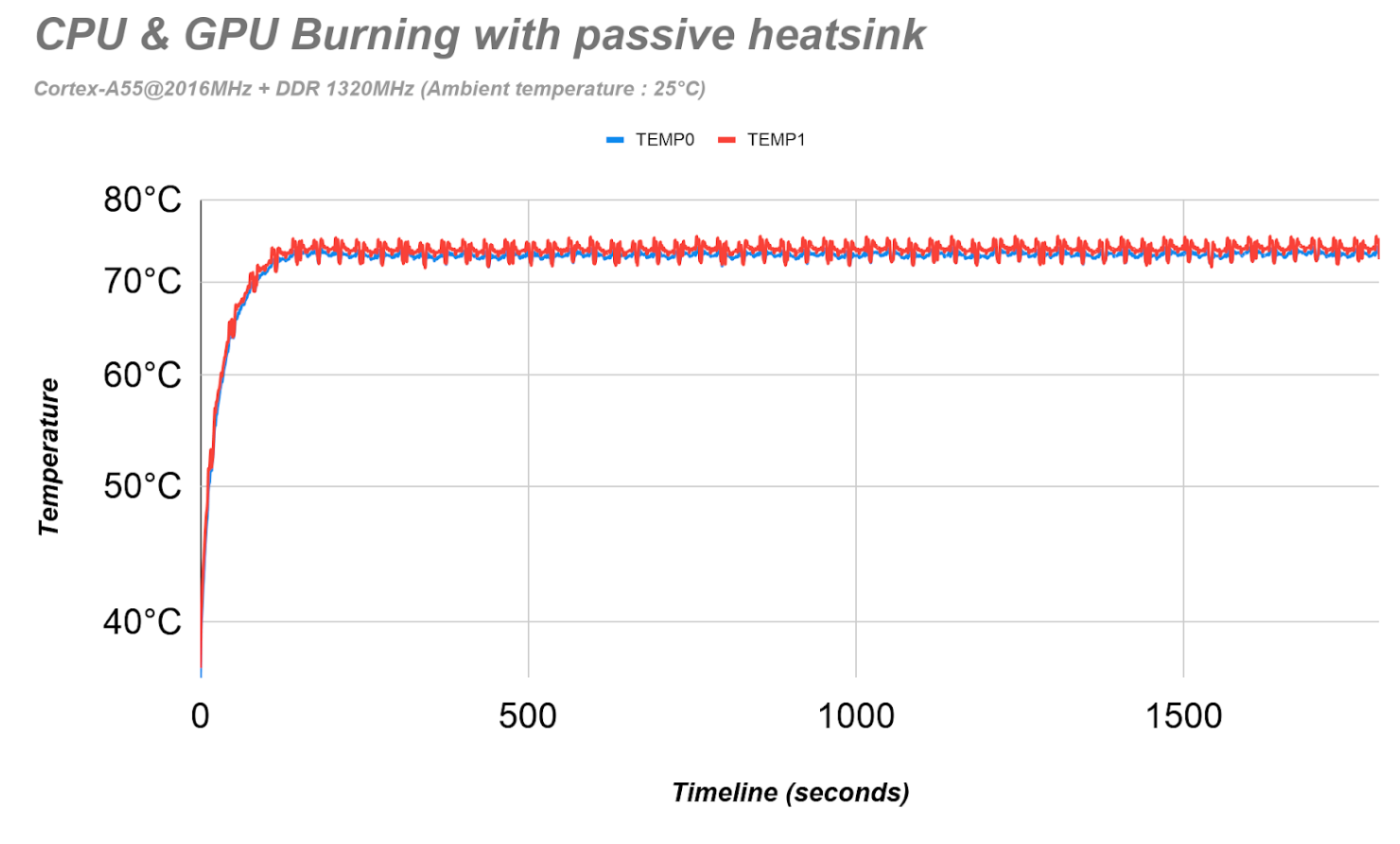 Note that if you put the ODROID-C4 board into an enclosure, you may encounter some thermal throttling issues when the ambient temperature is higher than 20°C and the continuous computing load is very high.

According to our iperf test result, the throughput performance was near 1Gbps. 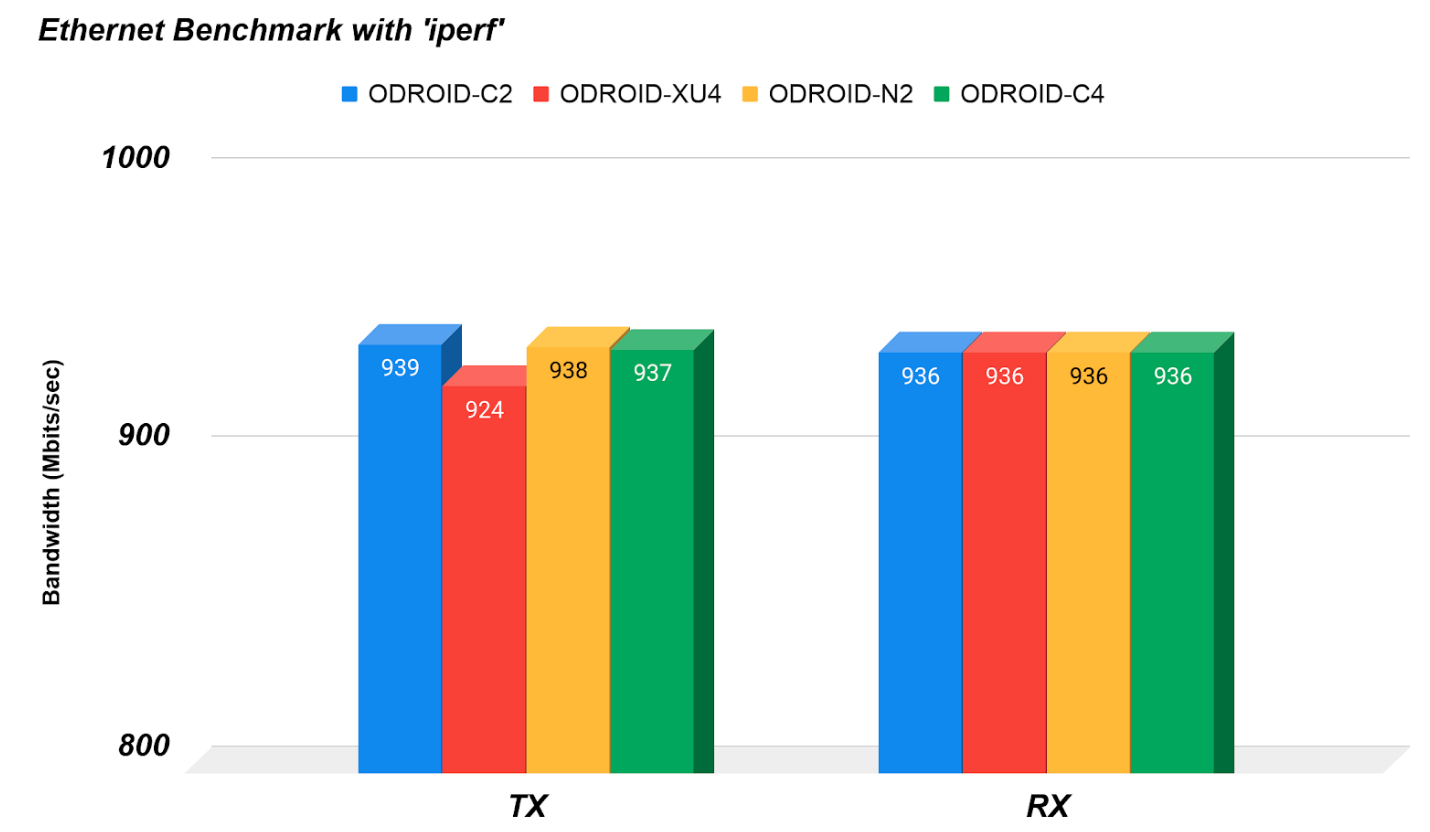 We measured the USB3 transfer speed with a UAS capable SSD.

The average ~340MB/s of throughput should be acceptable for many applications.

Since four USB host ports share a single root hub, the transfer rate will be lower if you use multiple USB3 devices at the same time. 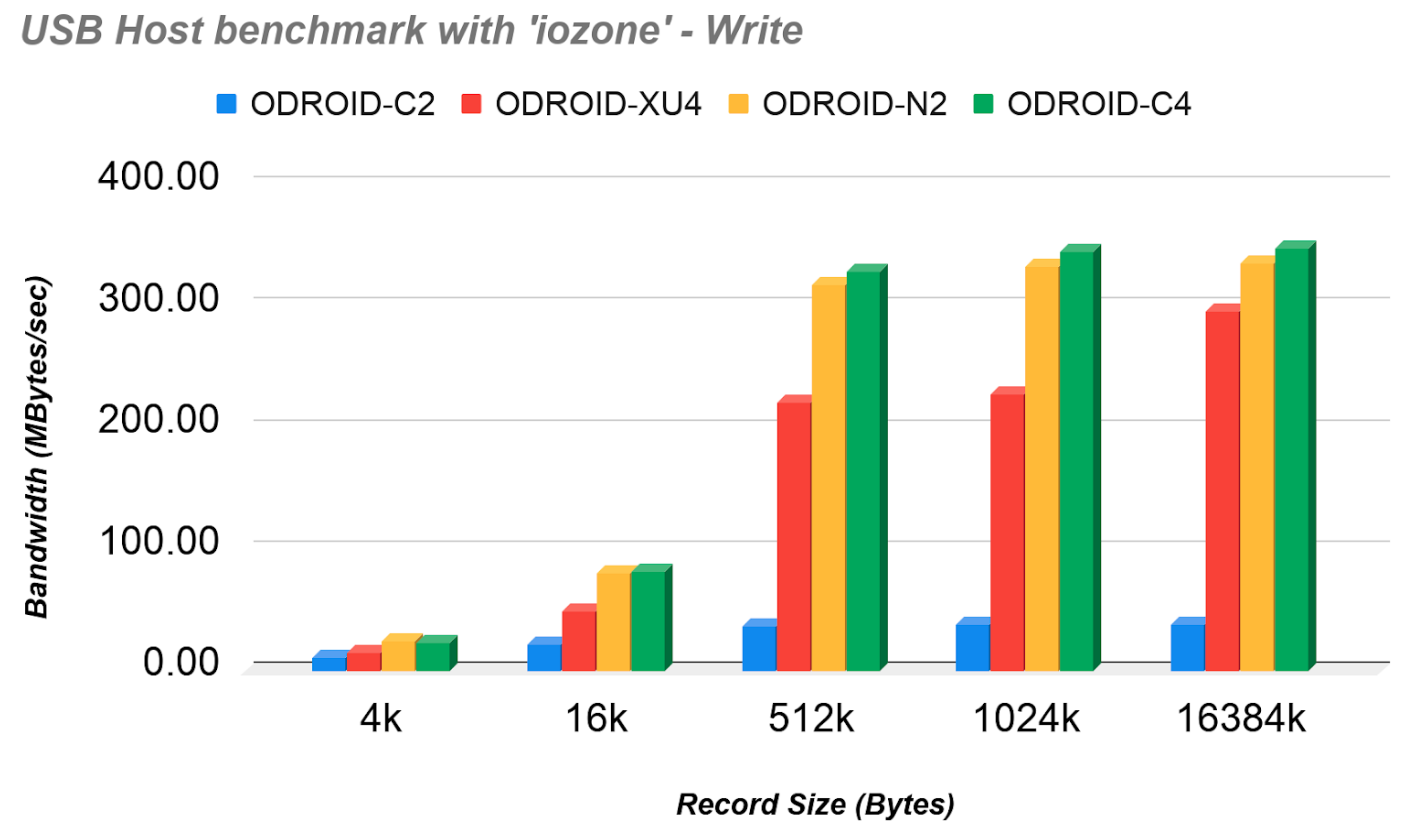 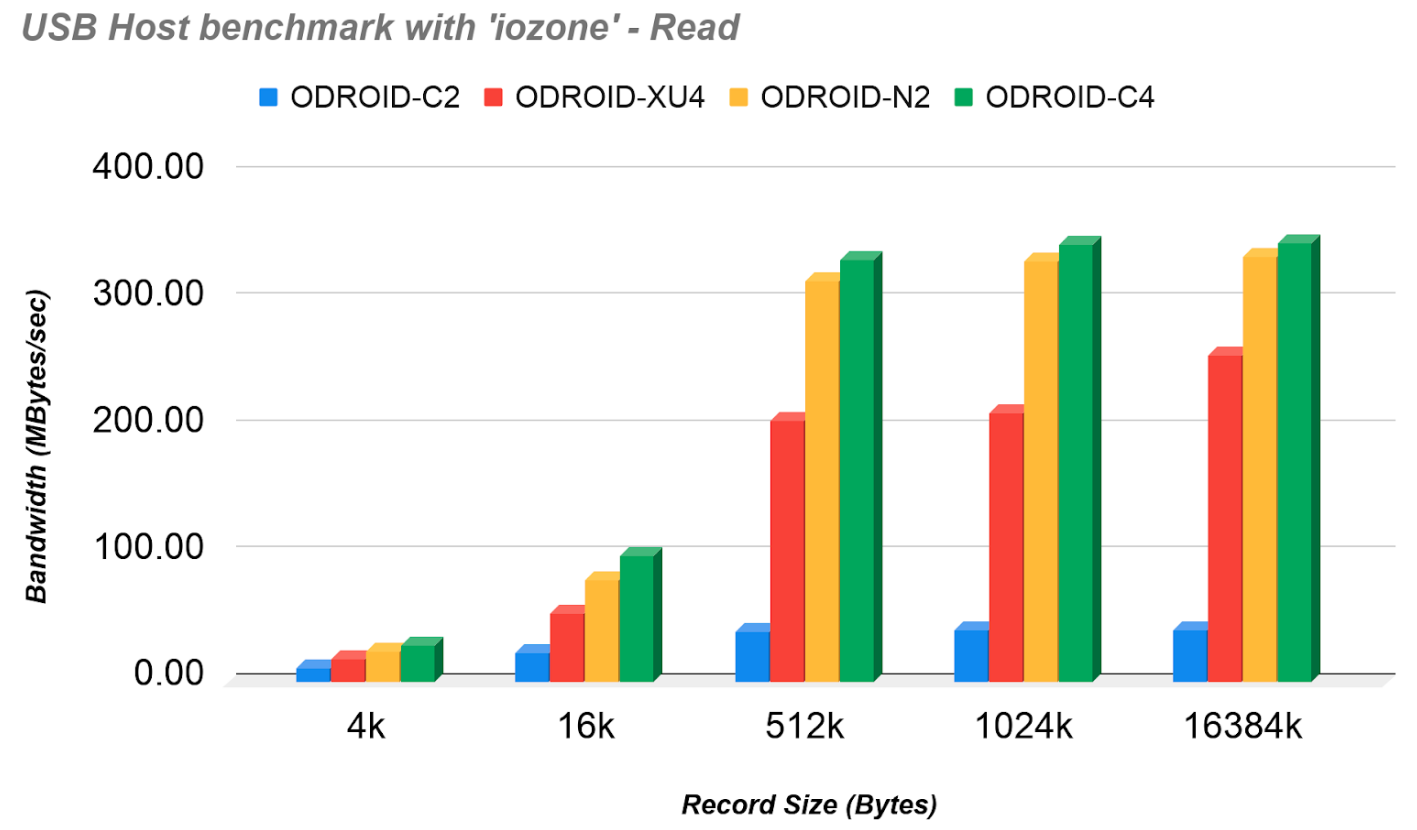 Sequential read and write speed is over 165MB/s and 125MB/s respectively. 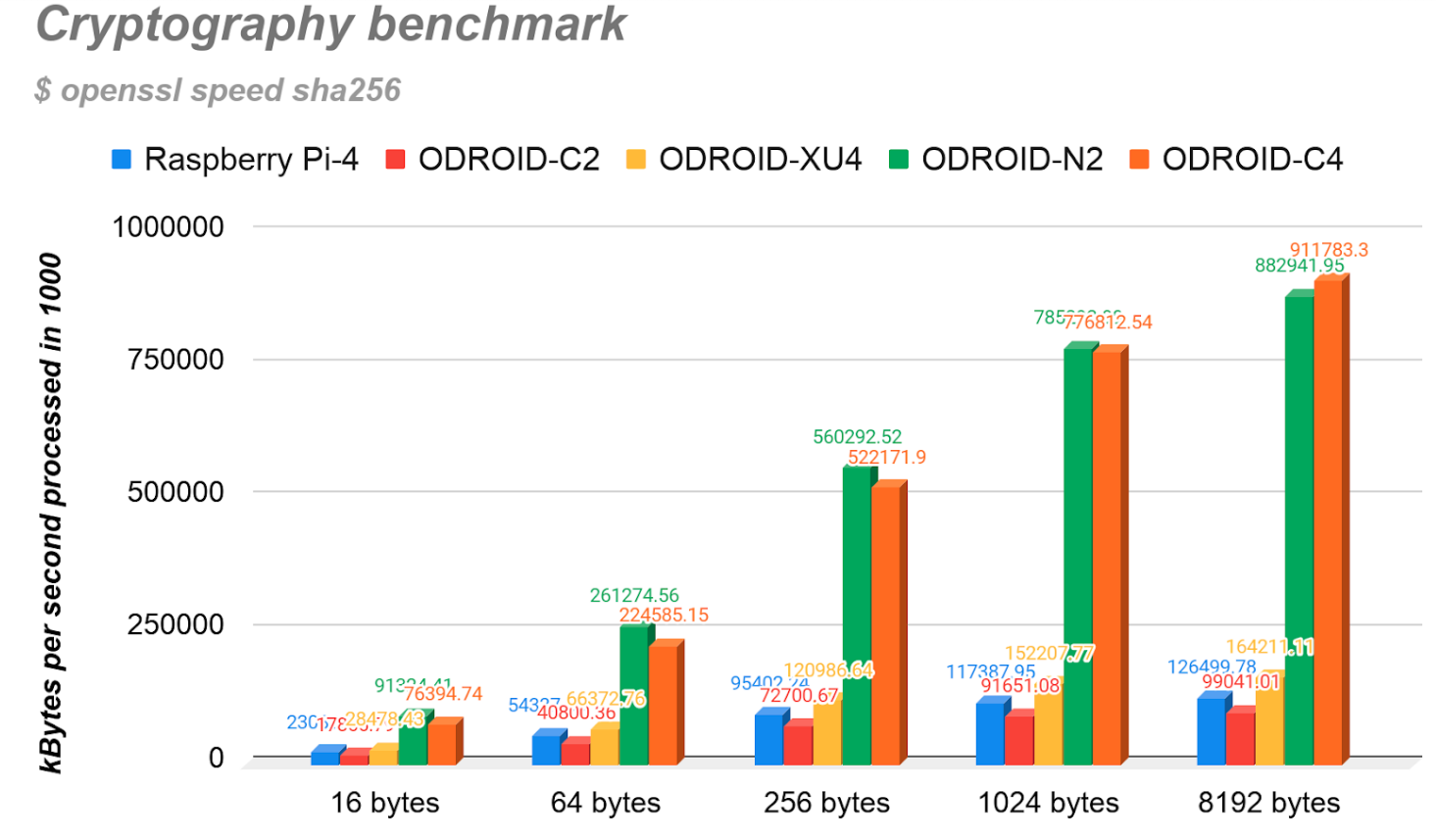 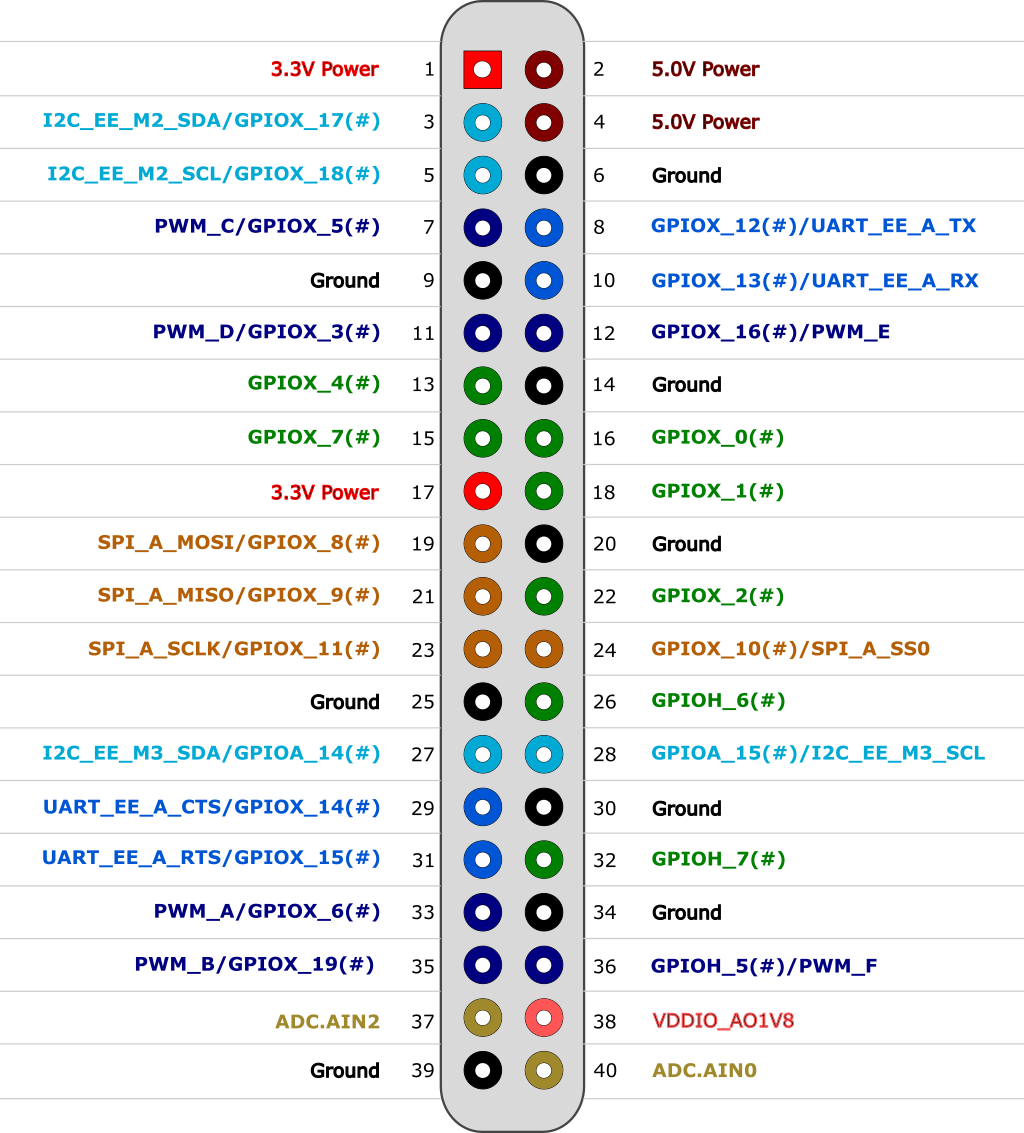 The ODROID-C4 GPIO interface is similar to C2 and fully supports a 3.3Volt interface. This is beneficial for using various peripherals without complicated level shifters as with the XU4’s 1.8Volt GPIOs. Another big improvement is a faster SPI bus interface with a maximum frequency of about 100Mhz. It is significantly faster than the ODROID-C2’s 400Khz software “bit-banged” SPI.

Thanks to the modern 12nm fabricated S905X3 CPU, the power consumption and heat dissipation are relatively very low.

Therefore, we can enjoy a quiet and powerful computer with high energy efficiency. 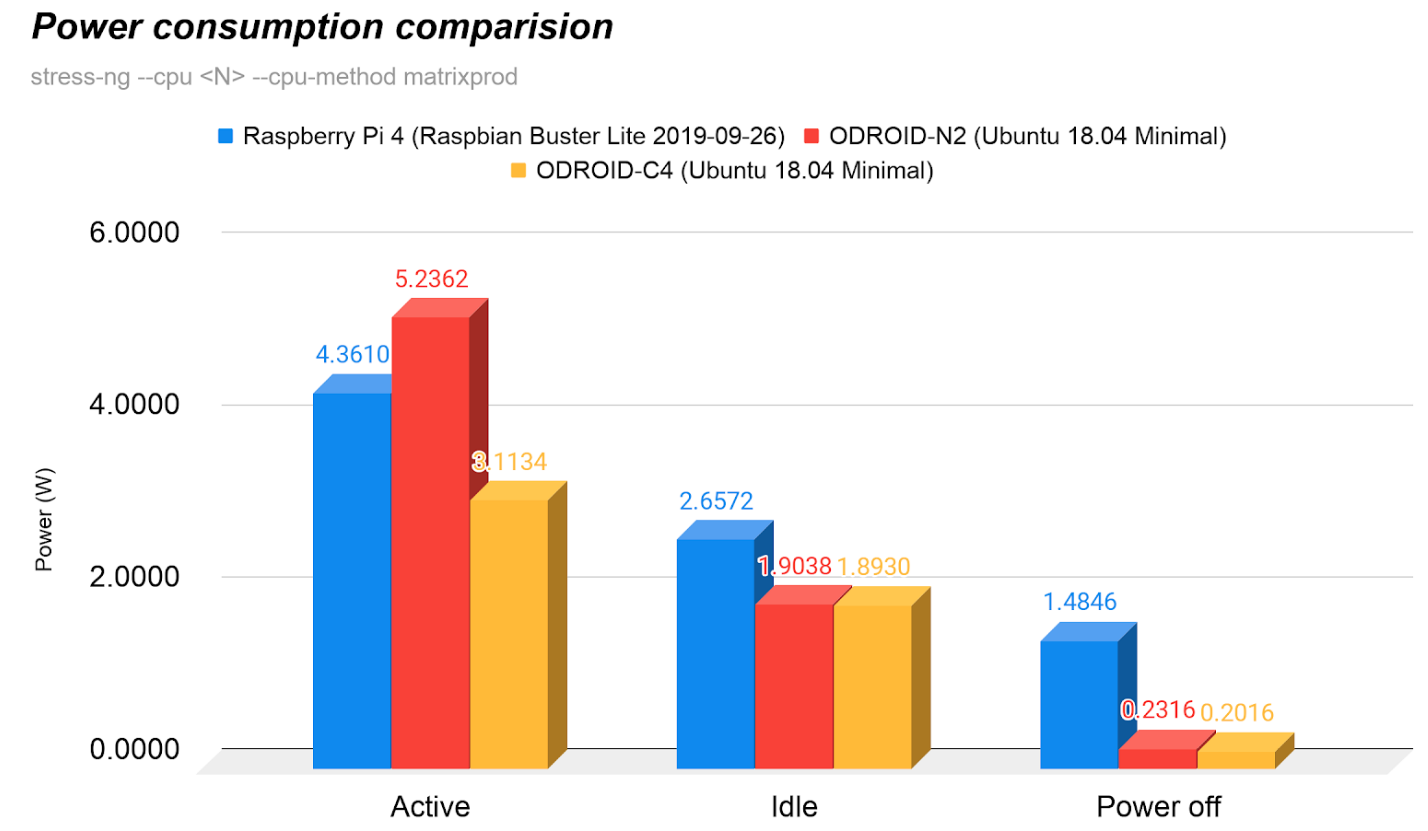